Tyler Ziegel, from Washington, Illinois who was a Member of the Marine Corp, injured 8 years ago in a car bomb blast in Iraq, passed away Wednesday morning. 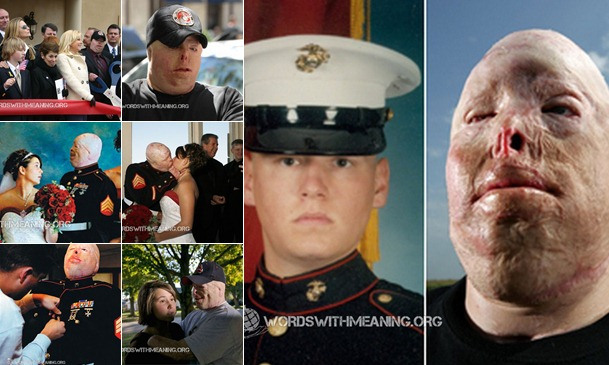 He was pronounced dead at 2:15 in the morning at OSF Saint Francis Medical Center in Peoria, Illinois. An autopsy could not find what had caused the death of the 30 year old Marine, but it was found that he had an enlarged heart.

Rescue personel were called to Sue's Place in Metamora, Illinois on a report that Ziegel had fallen in the parking lot. They arrived at the hospital with Ziegel at about 1:45am.

Ziegel suffered 3rd degree burns along with full depth burns on his head, left arm, and right hand, and went through 30 surgeries and spent 19 months in an Army hospital.

Ziegels attitude impressed everyone. He went from room to room talking to patients, and when he returned he acted as if he was in the wrong place at the wrong time and he did not want any pity.

Friends and family say that Ziegel was a great friend, and a great Marine, but most of all, a wonderful person.

I never knew him, but I can definitely say that he will be missed. Thank you for your service, Tyler. - Ian

Oops, you forgot something.

The words you entered did not match the given text. Please try again.